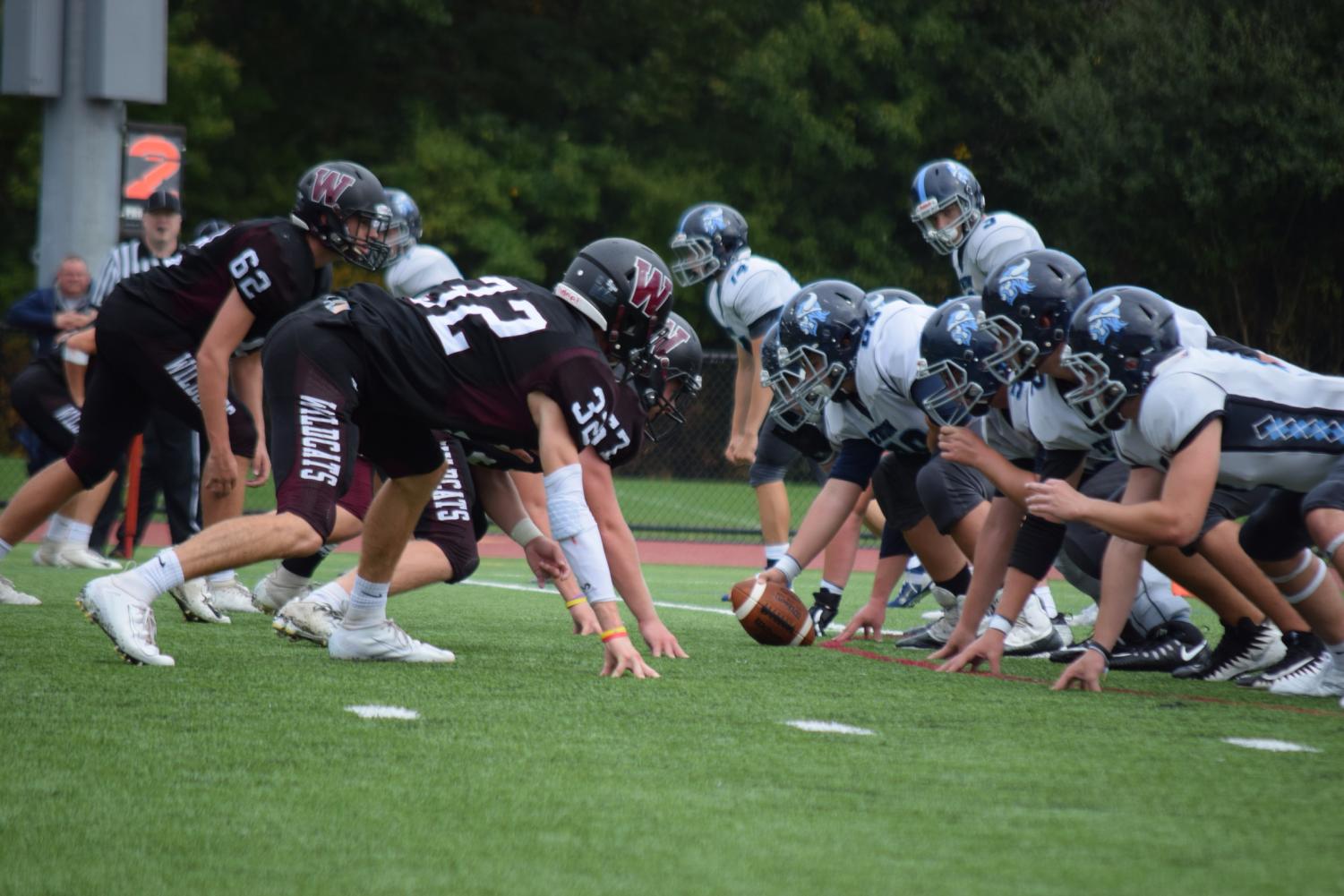 On November 28, the WHS Football team will go head-to-head against the rival Wayland High School players on Proctor Field. Despite losses to Wayland in previous years, the Wildcats are hoping for a victory in this year’s game.

To prepare for the game, the team members have been training hard in and out of practices.

“We lift twice a week and encourage players to exercise on their own as well. We watch films during Monday practices, but [we] also watch films outside of practice to further study our opponents’ tendencies and stand out players,” senior cornerback and wide receiver Blaise Trodden said.

“We all need to have clear heads, a clear idea of the game plan, and not be able to be stopped by more intimidating players,” junior and left tackle Zachary Camp said. “The team has been taking a lot of time to make sure that we’re really solid on offense because offense is all about being able to execute.”

Student fans are also looking forward to the game after supporting the team all season.

“They have a lot of spirit and they have been working hard. They have definitely pushed through and worked to bring their all at each game,” junior Lena Bartolotti said.

Throughout the season, injured players has been a constant obstacle for the team to overcome.

“A lot of our top players have gotten injured and younger kids have had to step up to take the positions,” Camp said. “In doing that, they’ve proven themselves to be good players and good kids, and we’ve all been able to grow closer through that.”

Due to these injuries, the team has sought to build relationships with underclassmen players.

“We strive to create and maintain an inclusive environment so that all underclassmen, JV or varsity, feel valued. You never know when an underclassman needs to step up and fill the role of an injured starter,” Trodden said. “Although we’re short on players, we’ve become closer as a team and have [had] a much more positive team environment.”

This season in particular, the captains and seniors have been working hard to make sure everyone feels included on the team.

“We are a class that prides ourselves on incorporating the underclassmen into as much as we can. Whether it be the team meal or just hanging out on the weekends, we want to be one unified team,” senior and captain Hayden Zeller said.

Zeller stressed that the team will need to stay focused in order to win Thursday’s game against their rival team.

“Between the end zones, it’s anyone’s game.  It comes down to who wants it more. Who is willing to sacrifice blood, sweat, and tears to push that ball into the endzone and score more points,” Zeller said. “We need to go into every game with confidence regardless of whether we win or not.”