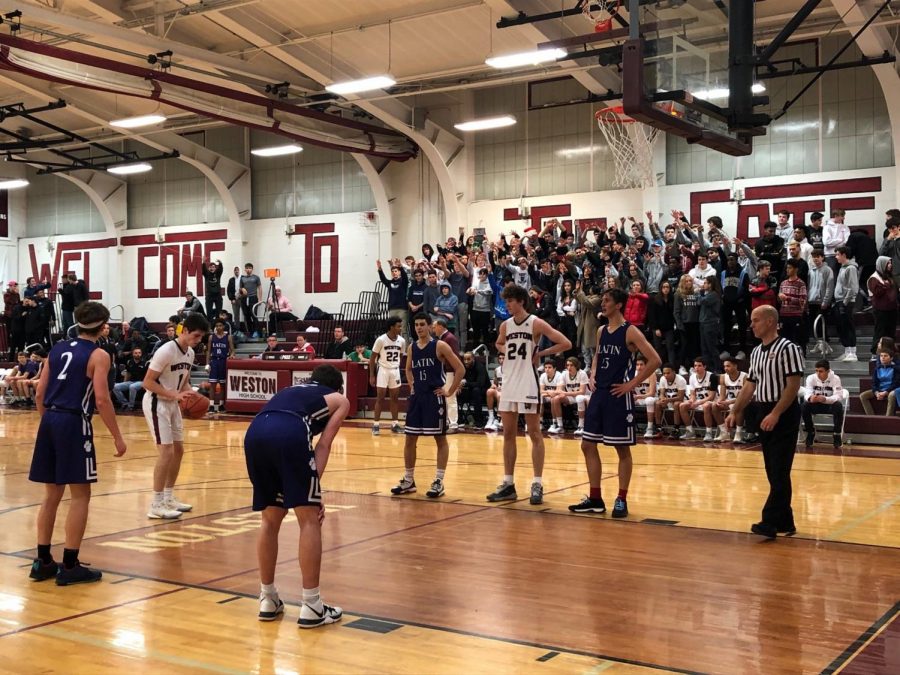 The Weston Wildcats Boys Varsity Basketball team enters the 2019-20 season looking to improve on last season’s success. The team ended with a 13-11 record last year, finishing one win away from the final four and losing in the MIAA North Regional Final to Dracut. The Wildcats currently have a 3-1 record as they prepare to host Waltham on January 3.

“We are all very excited to get going. It was a tough way to end the season last year, so we are motivated to put that behind us and begin a new season,” Igel-Dunn said.

In an effort to succeed in the state tournament again, many members of the roster have been working to improve for this season.

“The work started in the offseason, and not just with preseason games, but with team workouts, getting together for food, team bonding and things like that,” junior Alton Jenkins said. “We were making the effort to improve as a team from September, so it’s not even something we worry about now.”

Despite nine seniors graduating from the team and last season’s starting point guard Dana Williams transferring to St. Sebastian’s, the team’s confidence has not wavered.

“We feel like we have the talent to continue to be successful. I expect a lot of guys who didn’t get a lot of playing time last year to be major contributors to a winning team this season,” Igel-Dunn said. “Our team also may need to adapt to the new players spreading the floor more.”

With a new team mainly composed of new players, junior Will Van Houten explained the added role he will be taking on as an upperclassmen.

“I’m just attempting to maintain a good culture and setting a good example for the underclassmen to follow,” Van Houten said.

The winning culture Weston has created over the past few seasons gives the team a specific goal going into the season.

“The expectation is the same it’s been the last couple years, which is to win a state championship,” Van Houten said. “It will be a challenge for sure, if we put in the work it is definitely attainable.”

The Wildcats have a difficult schedule this season, including the renewal of various rivalry games.

“We as always are looking forward to renewing our rivalries with Bedford and Wayland as those games are always filled with excitement,” Igel-Dunn said.

One of Weston’s games grants an unusual opportunity as the team will face Waltham at the TD Garden in Boston.

“Playing at the TD Garden this year is a great honor and opportunity that our team has this year, and being able to showcase our game on that court will be electrifying,” Jenkins said. “But no matter the court we play on, our game will speak for itself, no matter the location.”