The 2021 Grammys: Did the winners deserve their awards? 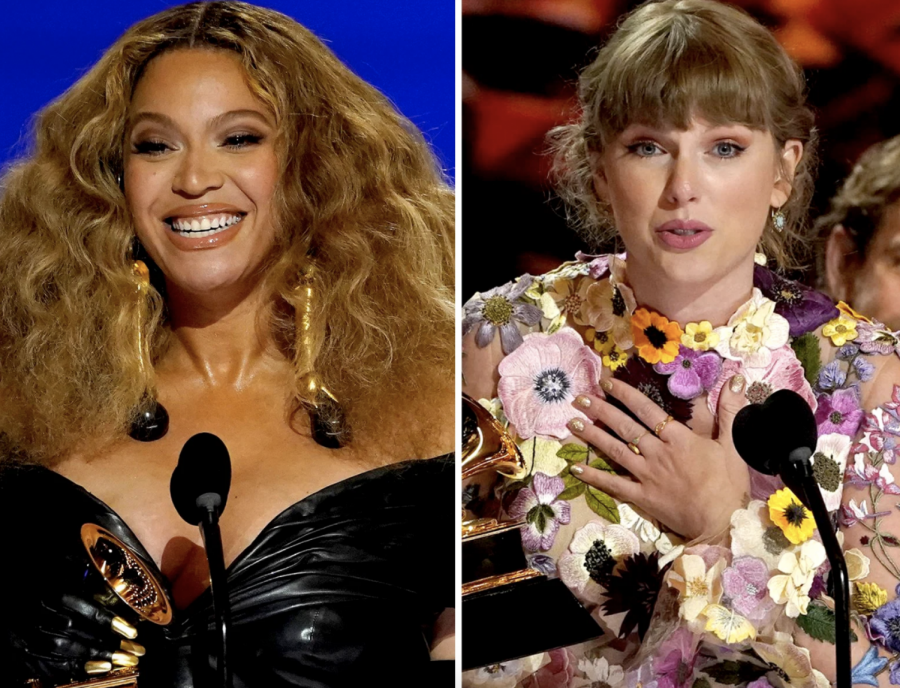 While 2020 was a year filled with social distancing, masks, and uncertainty, it also had a lot of amazing  music to help us cope with the stress of the world. The 2021 Grammys were highly anticipated, especially because of the six-week delay. With Trevor Noah, and fantastic performances by many talented artists like BTS, Harry Styles, Taylor Swift, and Meghan Thee Stallion and Cardi B, the award show proved that not all events during the pandemic have to look like Zoom calls.

There was definitely a lot of buzz around the Grammys when The Weeknd, who had one of the most successful albums of 2020, was not nominated for a single award. People accused the Academy of being racist, and The Weeknd released a statement claiming he would no longer be submitting his music to the Grammys until the Academy got rid of the “secret committees.” The Grammys have a history of snubbing artists who are people of color, leaving many curious as to who would walk away with the awards this year.

Countless people were already angry with the Academy before the television portion of the awards even started. “Rain On Me” by Ariana Grande and Lady Gaga won best pop group/duo performance over “Dynamite” by BTS. While “Rain On Me” was historic because Grande and Gaga were the first all female group to win this award, “Dynamite” broke multiple records, and many agreed the K-Pop boy band deserved the Grammy more. BTS’ snub fueled  allegations, with many fans accusing the Academy of being xenophobic and racist.

The first award presented on live TV was for Best New Artist, which was given to rapper, Megan Thee Stallion. With smash hit songs like “Savage,” “WAP,” “Body,” and “34+35 Remix,” Megan rightfully earned this award.

Harry Styles won Best Pop Solo Performance for his song “Watermelon Sugar.” Fans were super excited about this because it was his first Grammy. Styles has many adoring fans who thought he deserved the award, so there wasn’t too much controversy about this.

It was a big night for Beyoncé fans. The superstar singer won Best R&B performance for her song “Black Parade,” and she and Megan Thee Stallion won Best Rap Performance and Best Rap Song for “Savage Remix.” This upped her Grammy count to 28, making her the female artist with the most Grammys ever!

“I Can’t Breathe,” by H.E.R. won Song Of The Year. While it was up against many popular songs like “The Box”, by Roddy Rich, and “Circles”, by Post Malone, many fans agreed this award was well deserved.

Best Pop Vocal Album was awarded to Dua Lipa’s Future Nostalgia. This was the only Grammy the album won, despite many people thinking it would sweep most of the categories. Nevertheless, fans were super happy about this, with songs from the album, “Don’t Start Now”, and “Levitating”, being some of the most popular of the year.

History was made yet again when Taylor Swift won Album Of The Year for her album folklore. Swift is the only woman in history to win this award 3 times. Fans were upset because she hadn’t won anything the whole night, but many were pleased when folklore was read aloud from the card.

All throughout the night, there were little segments covering each of the nominees for Record Of The Year. It was the last award presented, and was given to Billie Eilish for the song “Everything I Wanted”. This award sparked conversation because it won over songs like “Savage” by Megan Thee Stallion and Beyoncé, “Rockstar” by DaBaby featuring Roddy Rich, and “Say So” by Doja Cat. Eilish even said in her speech she didn’t think she deserved it and that Megan should have won it instead.

Numerous critics and fans have noticed a trend where white artists win the award and in their speech say how the black artist should have won over them. It happened in 2014 when Macklemore won over Kendrick Lamar, and again in 2017 when Adele won over Beyoncé. Many are sick of this tendency, and question, if even the artists know someone else should have won over them, why doesn’t the Academy go with the obviously correct choice?

While there were a few head scratching situations, fans seemed pleased with the winners overall. In the end it was a big night for the women, as many of the female artists made history, and it was topped with great performances despite all the Covid-19 protocols.