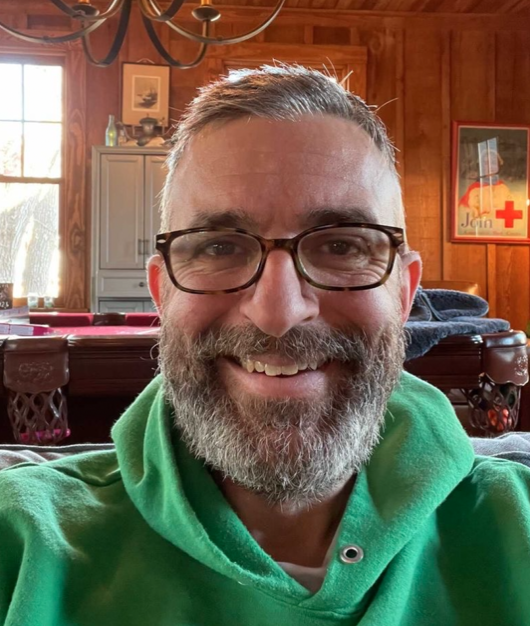 Many Weston High School students already have ideas about careers they hope to pursue, and for many those careers will relate to traditional options like medicine, business, law or finance. But former Weston resident Alec Sulkin chose the unique path of getting into television show writing, becoming one of the co-writers and producers for the show “Family Guy.”

Sulkin grew up in Weston, MA and although he didn’t graduate from Weston High School, he still feels that the town has shaped his career and helped along his path to where he is today.

“What we do sometimes on the show is include teachers or friends we knew growing up and they will become the subject of a joke,” Sulkin said. “It occurs a lot because many of the writers grew up in New England, so they all share stories of people in their towns, and we build jokes off of that.”

Sulkin graduated from Middlesex Academy in 1991. He then majored in English at Connecticut College in New London. Humor has always been a big part of life, and Sulkin uses his earlier life experiences and friendships to spark ideas and create comedy now.

“My friends have greatly impacted my humor. One of my best friends at Middlesex actually works with me at ‘Family Guy,’ which is so much fun,” Sulkin commented. “From a very young age I always had very funny friends around me that would always make me laugh, and that has definitely been very influential to what I do today, since we were always trying to make each other laugh.”

“Family Guy” is about a dysfunctional family who lives in a small town in Rhode Island and that is constantly encountering many funny situations, which makes it a really fun show to write.

“My favorite character is Peter Griffin just because he is the easiest to write for since he is such an idiot. It is really freeing to write for somebody who is so stupid that they can do anything at any given time, so I really enjoy that,” Sulkin commented.

Sulkin still remembers some Weston landmarks from his childhood, both those that are still around and those that have since disappeared.

“My version of Weston center that I grew up in was old stuff, so I am guessing everything there is closed now,” said Sulkin. “I actually grew up right near Dairy Joy, so I always used to go there a lot as a kid.”

Since Sulkin didn’t attend WHS, many current students do not realize he is a native to the town, even though they already appreciate his work.

“I love watching “Family Guy”;  that show is hilarious,” sophomore Lily Kacyvenski said. “I was very surprised when I found out Alec grew up in Weston since that is a very big TV show, and to find out he is the writer of it is very intriguing.”

For fans of the show, learning that Sulkin grew up in their hometown creates a feeling of connection to him and the show.

“I think it’s really cool that I have grown up in the same town where a celebrity that I love also grew up,” said sophomore Bridget Delduchetto. “It makes me realize that there are many different career options to pick from other than more traditional options, while also being very successful.”

Sulkin may have gone to a different high school, but the classes he took impacted his career as they helped him decide what he wanted to do in life.

“My favorite class in high school was always English, and I will never forget my English teacher in high school, because the way she taught was so unique. I wasn’t a very hard worker when I was in high school, but I always looked forward to that class.  It gave me such an appreciation for language, therefore shaping my career to this day,” Sulkin said. “I also wrote for the school paper since I began to love writing so much.”

Although Sulkin is now very successful and enjoyed writing in high school, he did not know exactly what he wanted to pursue in life until later in college.

“When I was in high school, I didn’t know at the time that I wanted to write and produce for a show, but in college when I really started to get lazy, I realized that I wanted to do that since I knew I really enjoyed it,” said Sulkin.

When he began to really enjoy writing, he was offered many opportunities that opened new doors for him as a writer in the TV-producing world, and everything took off from there.

“When I was a senior at Connecticut College in New London, I was able to get an internship at ‘Saturday Night Live’ and made it so that my classes were Monday through Wednesday,” Sulkin said. “So every Wednesday night I would take the train to New York and I would stay in the city through Saturday night so I was able to come back Sunday. I would do the same thing every week.”

Sulkin’s career began to take many turns which have led him to where he is now, writing and co-producing for “Family Guy” on Fox.

Since high school has affected Sulkins life so positively, he advises other young people to get a head start if they are interested in doing what he does since there are many ways to share comedy today as compared to when he was young.

“In high school you can make funny movies, TikToks and Instagram posts, so it has definitely opened a new world for many kids interested in comedy writing for TV shows or movies,” Sulkin said. “The best advice I could give a high schooler who is interested in my career is to just take advantage of these online opportunities and find a creative way to be funny and goofy.”