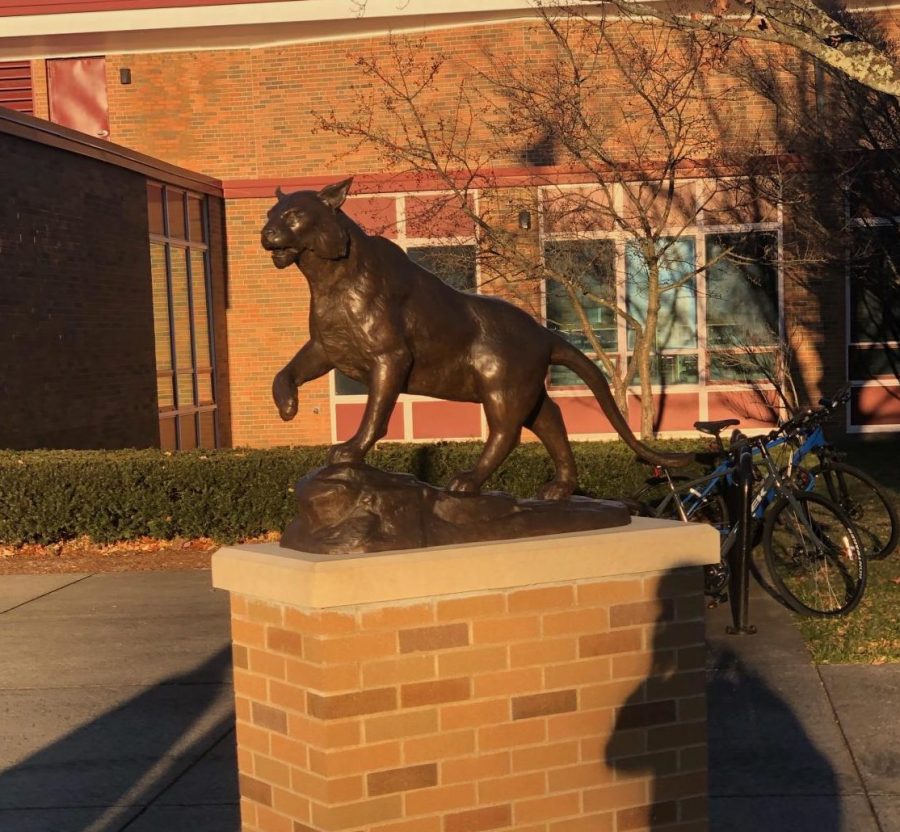 During a brainstorming session in the summer of 2020, members of the recently graduated class of 2020’s faculty advisors, parent advisors, and student officers met to decide how to spend the collected class gift money. They determined that the funds would be used to commission a statue of WHS’s Wildcat mascot, making this the most expensive class gift thus far.  The statue was unveiled on October 22 this year and stands near the school’s main entrance.

Opinions on the gift so far have been varied. Tanner Creelman, senior student council co-emcee, and former varsity soccer captain, believes it is possible for sports’ traditions to be born around the statue.

“I think our mascot as a Wildcat is often overlooked,” Creelman said. “I think there’s a lot of opportunity with the statue being where it is. I think there are definitely possibilities [for sports traditions around the statue].”

“They should have just kept the money,” Duggan said. “It could have been used somewhere else.”

In fact, the process behind the selection of this class gift was different from before.

The 2020 class gift budget was greater than any previous gift because of the class’s’ Graduation Overnight being canceled due to Covid. Despite disappointment over the cancellation of the Overnight, the class’s faculty advisor and history teacher Moncrieff Cochran believes the Wildcat statue will help boost self-identity throughout the school.

“One of the things that students have always said is an issue at this school is trying to encourage school spirit,” said Cochran.

According to Cochran, the class’s gift could spark new school spirit.

“I’ve seen that certainly before, both at colleges and other high schools, that a statue is something that teams and possibly other groups in the school see as a mascot or something that brings good luck,” Cochran said.

This class gift continued a long-standing tradition at WHS.  Since 2005,graduating classes have given the school a variety of gifts, including cafeteria ceiling fans, recycle bins, water bubblers, granite benches, and various other donations that have all been gifted to the school.  Like many in the WHS community, however, Cochran could not remember a class gift earlier than the Wildcat Statue.

The Wildcat statue may be different, however. 2020 graduate Nate Scott believes the statue will be noteworthy.

“I think the statue will be prominent for the school,” Scott said. “I think Mr. Cochran is correct that it will raise school spirit.”

While the selection of the statue came after a very difficult school year, Scott remains optimistic about the statue’s future.

“I think all those involved made a fantastic decision,” Scott said.

“It has been so great to see so many students gravitate around the new statue,” Peri stated. “Seeing students take pictures with the Wildcat, rub it’s head for good luck, or give the paw a dab has been really positive for school spirit.”

A number of class gifts before the Wildcat focused on necessities the school required at the time rather than an artistic display like the statue. For example, the 2010 class gift was simply widening the walkway into the school. Gifts such as these are much harder to notice than one as conspicuous as the statue.

The three-by-four foot bronze statue was designed by the Buccacio Sculpture Services in Canton. Parent advisors  commissioned sculptor Jeff Buccacio to tackle the challenge of creating the statue.  The base on which the statue stands was donated by Brian and Danielle Black, former parent advisors.

The current senior class will soon have to decide on its own gift.  However, as it is early in the year, the student officers and advisors have yet to discuss the 2022 class gift.

“We haven’t really discussed our gift yet. As the year goes on, we’ll probably have more ideas and figure out something for the future,” Creelman said.

Despite the varying opinions about it, the statue is disputably the most recognized class gift yet and reflects what Peri believes is an important practice for the school.
“The tradition of classes giving back to the school that has worked so hard to give to them over the course of four years can be a very special one.” Peri stated. “Providing the school with everything from a bench where students can sit and ponder to an outdoor ping pong table where students can laugh and relax is special.  The tradition can also serve as a way for a class to remain connected with the school for many, many years to come and to truly leave a legacy.”